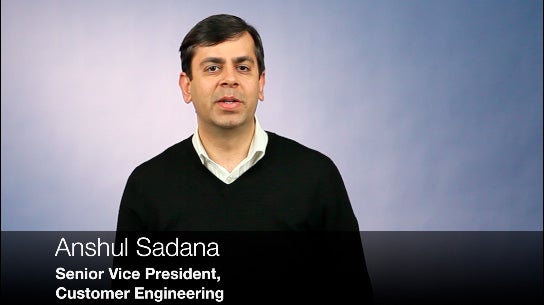 Scale to Meet Any Need

MLAG enables the network administrator to use all interconnects in an active/active, Layer-2 topology.

ECMP and VXLAN leverage Layer 3 for scaling cloud networks. VXLAN is a tunneling mechanism that runs between virtual or physical switches and enables applications to be deployed and moved between any server within the Data Center regardless of IP subnet or physical host location.

MLAG enables the network administrator to use all interconnects in an active/active, Layer-2 topology. MLAG and Spanning Tree can work together - ports remain active/active, while STP only kicks in during a misconfiguration. This enables an increase in cross-sectional bandwidth, and faster failover times measured in the 100s of milliseconds for link or nodal failure.

MLAG can work at almost any layer of the network - to interconnect servers in an active/active topology to the leaf layer, Spline™, or from the leaf layer to the spine/aggregation layer. The MLAG can contain up to 16 ports, providing enough throughput to build very large leaf/spine or Spline networks for over 10,000 servers. 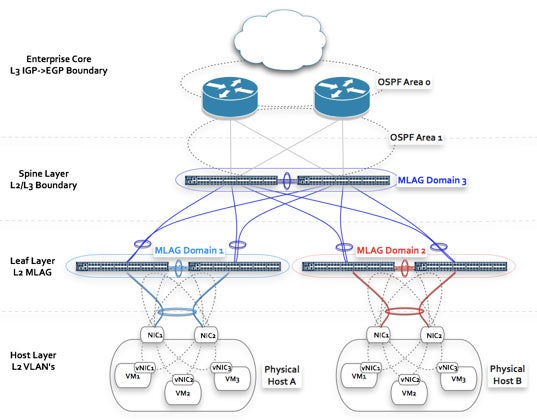 Figure: MLAG applications in different layers of the network