There are a number of wireless threat vectors that network managers need to defend against. One of the more common types of threats to WLANs is from rogue APs. An analysis of Wireless Intrusion Prevention Systems (WIPS) that are available today reveals that many require a high level of administration and often provide less-than-trustworthy rogue AP detection. Organizations that depend on these less capable systems often have a false sense of security as their networks are in fact vulnerable to breaches via rogue APs. Less capable WIPS are also prone to raising false alarms, which can lead administrators to ignore alerts or turn notifications off altogether, leaving their organizations unprotected. In contrast to competing WIPS offerings, the industry leading solution from Arista Networks requires a minimal amount of management overhead while providing reliable rogue AP detection and prevention. 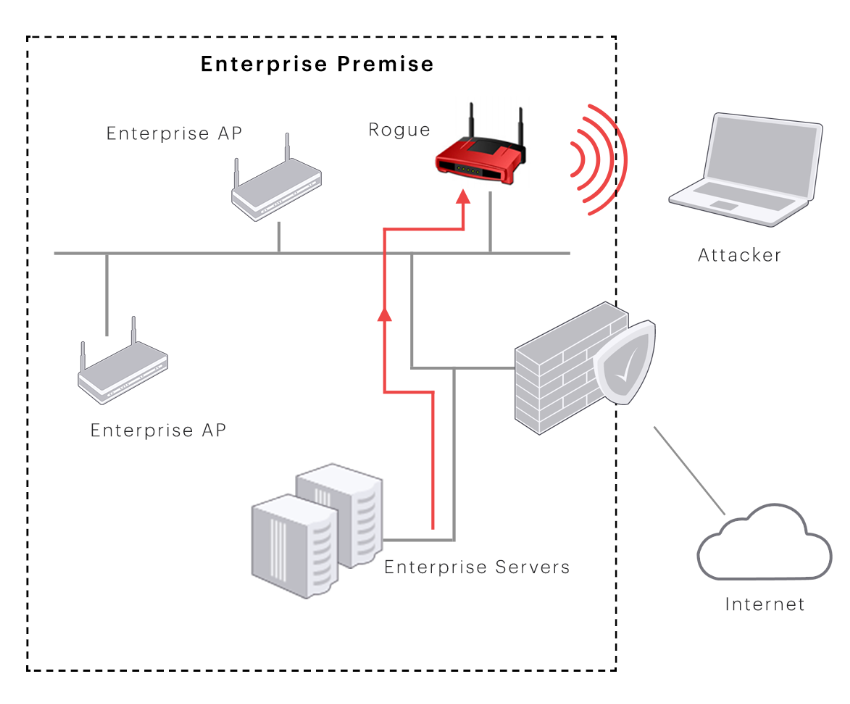 A naïve way to detect rogue APs in the LAN is to declare every AP seen in the air that does not belong to the list of authorized APs as rogue. In fact, many WIPS available in the market will actually follow this approach, by default. Such an approach has the following disadvantages:

Using Arista's patented Marker Packet™ techniques, Arista Wireless Intrusion Prevention System (WIPS) automatically and quickly classifies wireless devices detected in the airspace as Authorized, Rogue and External. As a result, security administrators do not need to manually inspect devices or define complex rules to identify rogue wireless devices. This is better than the error-prone device classification integrated into most other WLAN solutions, which relies on slow and inconclusive CAM table lookups and MAC correlation, signatures, or passive wired network sniffing.

Arista WIPS focuses on the primary threat vectors and vulnerabilities that form the building blocks for all known and emerging Wi-Fi hacking attacks and tools. It offers comprehensive protection from all types of wireless threats, including Rogue APs, Soft APs, Honeypots, Wi-Fi DoS, Ad-hoc networks, Client misassociation, and Mobile hotspots.